It’s a simple technique which I have found immensely useful attimes of unbearable stress.  I first came across it in a little book called ‘The Happiness Trap’ by Russ Harris.  At the time I was experiencing extreme levels of anxiety, only able to sleep for short periods of time,  life felt like a waking hell, I was desperate for anything that helped.  All my knowledge of relaxation techniques felt useless to me, I couldn’t concentrate long enough to read explanations of new techniques, but this simple gem somehow was just about possible. 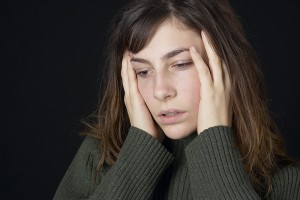 Incredibly simply it is just to concentrate on each breath, for ten breaths.  Observing some detail, perhaps how the breath feels as it enters my belly and stretches my diaphragm or my mouth or nose, the temperature of the air. Crucially important for me was the permission to get it wrong.  I was so anxious that sometimes even one breath was too difficult, sometimes I would manage only two or three, but the important thing was that I was doing it at all, it was an absolute triumph every time. What it gave me were some moments where the focus of my existence was not purely fear.  It didn’t solve it, it didn’t make it stop, but it helped me get through, moment by moment and gave me a little respite.  I was able gradually to relax more into the breaths, I somehow painted a picture in my mind of core self existing inside my breath and that my circling fearful thoughts were outside of this. Only just outside, but outside nevertheless.

Since that time I have used the technique in many ways. I suffered with constant pain in my hips and legs for several months, I spent the nights lying on my back propped up with pillows and on painkillers. I used the ten breaths technique to give me some space from the pain and to relax me enough so that I could drop off to sleep for an hour or two. Again, sometimes I would only be able to concentrate for a few breaths but it helped me over and over again.

Since then I use it to help me relax when I need to take a cat nap,  at night when my mind is racing, sometimes if I catch myself obsessing about something, when my body hurts in any way.  I don’t always remember to use it, most times I don’t get to the tenth breath, but hey…it just helps.